The Nvidia GeForce RTX 3070 is a great card for gaming. It has a performance similar to that of the previous generation RTX 2080Ti. This means that for the greatest disclosure of its potential, an appropriate processor is needed. In this article, we will look at Best CPU for RTX 3070. Let’s look at several scenarios for using a video card. Depending on what goals you set, whether it is 4K resolution or the maximum number of frames in esports disciplines. 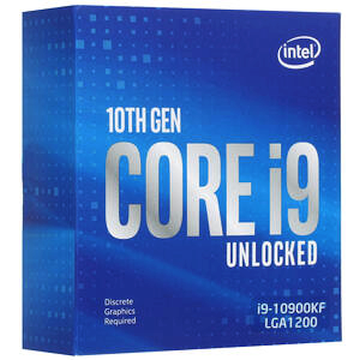 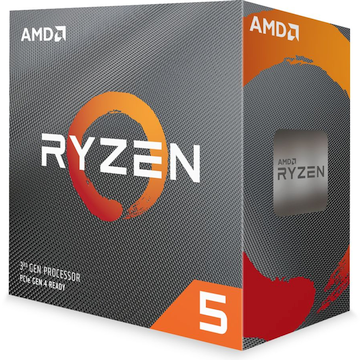 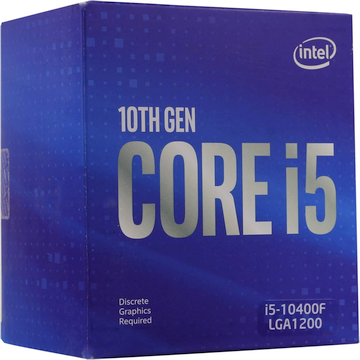 GeForce RTX 3070 complies with the new API version – DirectX 12 Ultimate. In other words, this video card will remain relevant for a long time. 8GB of video memory is enough for the vast majority of games in 4K resolution.

The card has RT cores for ray tracing, but their performance is not sufficient at high resolutions. Therefore, in 4K resolution, tracing only makes sense when using DLSS technology, which ups the resolution using artificial intelligence.

Our Recommendations For Best CPU for RTX 3070

Let’s start with processors for 4K resolution (3840 x 2160). It doesn’t require outstanding processor performance. Therefore, the Intel Core i5-10400F is fine. Despite the fact that this is the youngest model in the Core i5 lineup, it will not be a bottleneck in games. Even in such processor-dependent games as Cyberpunk 2077, the emphasis will only be on the video card.

It is better not to save money on the motherboard so that in the future it will be possible to replace the CPU with a more productive one like intel i7-10700K or i9-10900K. Therefore, it is advisable to choose something on the Z490 chipset. In addition, overclocking the RAM will become available with it.

AMD Ryzen 5 3600 is suitable for 4K resolution from AMD processors. This is the Best CPU for RTX 3070. Of course, even with a 4-core 3300X, the average FPS in games will be at the same level, but it is worth considering the minimum values. The 12-thread processor has the performance headroom to handle even the toughest scenes.

Moving on to the processors for 1080p and 1440p. Intel Core i5-10600KF is another optimal processor for the RTX 3070. Due to the unlocked multiplier and the presence of only 6 cores, it allows you to get stable overclocking up to 5 GHz. At this frequency, the processor performs well, allowing you to get more than 144 FPS in many projects. Further overclocking is impractical.Power consumption will be more than 200 watts.

To achieve high performance, you also need to use fast RAM. It’s optimal overclocking is 3600 MHz and CL14. A further increase in the frequency and decrease in RAM timings will no longer give a noticeable decrease in latency.

The LGA1151 v2 platform lost its relevance after the release of the LGA1200. Still, the Intel Core i7-9700KF is quite a decent option paired with the RTX 3070. This processor does not support Hyper-Threading (HT) and is limited to 8 cores and 8 threads.

At first glance, 12 threads of the i5-10600KF look better. But in reality, the Windows thread scheduler is still wrong and can put two active threads on one core. Therefore, in some cases, HT reduces performance. Thus, the i7-9700KF is often faster than the i5-10600KF.

AMD RYZEN 5 5600X processor have seen a significant increase in IPC (instructions per clock). Coupled with 32 megabytes of shared L3 cache unblocked by CCX cores, the 5600X delivers excellent gaming performance. And in work programs, it can compete even with the 8-core Core i7-10700.

Overclocking, although available, is not required – AMD algorithms automatically select the maximum operating frequencies. It is also worth noting the moderate power consumption, even an average cooler with 4 heat pipes can cope with cooling the processor.

The memory controller remains the same, latency is 20 ns higher than Intel. But thanks to the roomy cache, this drawback is practically not felt. If you overclock the memory, then the processor will cope well even with VR, where lightning-fast system response is required.

The motherboard must be on the 500th chipset. Along with it, you will receive support for PCI-e 4.0. In this case, compared to PCI-E 3.0, you can get a performance increase of up to 5-7%.

The only drawback of this processor at the moment is its High price.

The last group of processors will be those that can not only load the RTX 3070 but also simultaneously encode a video stream for streaming. Of course, the hardware codec in the latest generation of video cards does not spoil the picture so much, but processors still allow you to get a better result.

When choosing the Intel Core i9-10900KF, do not forget that this processor consumes up to 250W at its peak. Therefore, to cool it, you need a tower cooler with 6 – 8 heat pipes or a two-section water cooling system (WCO). The case is also important, especially when using the CBO since in this case the elements of the processor power circuit must be blown by the case fan.

AMD Ryzen 9 5900X is currently even redundant for the RTX 3070, but it allows you to stream any game with the x264 Slow preset at 1080p. The performance of the Core i9-10900K discussed above in some games is no longer enough. For example, in CoD Warzone you will have to lower the settings to Medium, which is practically the level of the hardware NVENC codec in the RTX 3070.

In addition, the 5900X does an excellent job of editing video, so it is suitable not only for streaming but also for processing videos for YouTube.

Now you know which is the Best CPU for RTX 3070. Processors like the Core i5-10400F or Ryzen 5 3600 are fine when using a 4K monitor. In native resolution and at settings close to the maximum, you can get a stable 60 FPS in any game.

Monitors with 1080p and 1440p resolutions and high refresh rates (144Hz) will require a processor with high performance per core. Core i5-10600KF overclocked to 5 GHz or Ryzen 5 5600X will allow you to get excellent results in games. But only on the condition that fast RAM is used. Overclocking and lowering RAM timings can increase performance by up to 20% in terms of average FPS.

If you plan to stream in high quality, then the Ryzen 9 5900X processor will do it. Although, we repeat that the hardware codec of video cards from Nvidia of the 20 / 16th and 30th generations allows you to set very good settings.

Best CPUs for music Production in 2022

In addition to a good graphics card and an adequate amount of RAM (minimum...

Best Mining GPU 2022 Before you start mining cryptocurrencies, you should answer the following...

There are many screens on the market for office automation, design, for gaming, among...

Best eGPU  Your gaming laptop is once again too lame for current games, but...

Best CPUs for music Production in 2022

In addition to a good graphics card and an adequate amount of RAM (minimum...

Best Motherboards for Hackintosh in 2022

For those who don't know much about Hackintosh, this is essentially a detailed expert-level...

In this article, we've handpicked the best motherboards for the Ryzen 5 5600x. The AMD...

Your Ryzen 9 5900X processor deserves to be accompanied by a great motherboard to...

The RTX 3080 is a next-generation graphics card that is set to become one of the best...